Photo frames evolved from picture frames. The pioneers in the field of photography did not invent anything new and took the same method of preserving the image that had been used in painting for a long time. This choice is not accidental, because photography is also a genre of art closest to the fine arts.

The first picture frames and their features 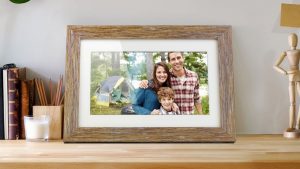 Frames were first used in the 14th century. They did not have a clear separation from the works of art themselves, their individual characteristics, they did not have an additional semantic load. Most often, they were simply covered with gilding, which is still often found on modern frames of paintings or photographs.
By the beginning of the 17th century, a new method of enhancing the image effect was being applied to frames. It consisted in the fact that the perimeter of the product looked like a series of descending steps to the image.

Frame promotion
During the Renaissance, frames gained great popularity not only among artists, but also among ordinary people. New types of this product appeared. In the manufacture of plywood and various decorations began to be used.
By the 18th century, the rate of production of this product increased. The real innovation was the production of frames of different sizes. Often, inexpensive raw materials were used in the manufacture, such as clay mixed with pieces of wood, but there were workshops that always made a high quality product, which helped them attract eminent customers. 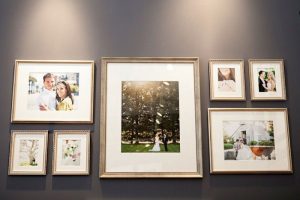 In the 19th century, due to the exquisite appearance of the frames, some masters perceived them as elements of artistic compositions, which gave completeness and additional artistic value to the works.

The advent of photo frames
In the 20th century, with the spread of the photographic process, frames began to be used to decorate photographs. Unlike picture frames, photo frames were mostly made in the Art Nouveau style. These items looked simple, without additional decorations.

At the end of the 20th century, digital technologies were developed. Digital photo frames appeared on sale, where images are stored electronically.