Close your eyes for a moment and imagine: vast expanses of unprecedented beauty lie in front of you and it seems that you just need to press the shutter button, as the most beautiful image that the world has never seen will appear on the camera display … 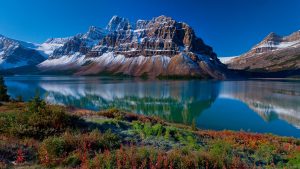 Capture this episode in your memory and open your eyes, your fantasy will remain a fantasy, and you will never know how to photograph a landscape and what is https://www.artlook.us/service/wedding-videography/ if you neglect the rules listed below.

Maximum sharpness. Many photographers practice shooting landscapes wide open, but “many” is not a good indicator of good work.
A classic technique during landscape photography is focusing on the entire image (shooting with a covered aperture).

Usually it is enough to make simple camera settings to get a sharp and moderately exposed photo: the aperture slider in the f / 11-16 region, and the shutter speed can be trusted to the machine if you shoot in aperture priority mode. However, in order to avoid movement, it is better to shoot landscapes with a tripod or monopod.

The presence of meaning. For any photo, it is important to have a semantic center of the composition, so that, as they say, the eye has something to catch on. Anything can serve as the center of attention: an interestingly shaped building, a tree, a mountain, a ship in the middle of the sea, etc.
The rule of thirds in the overall composition of the frame. The location of the semantic center in relation to all the elements and details of the image is as important as the presence of sharpness.
The reference rule of thirds says: the photo looks most advantageous when the subjects being photographed are conditionally divided by lines that divide the image into three parts, both along and across.

Thoughtful foreground. Place the semantic centers on the front of the photo, leaving the “air space” in front, so you can create an effect of lightness and convey depth.
dominant element. The secret of successful nature photography is revealed – either the sky or the foreground should dominate in the picture.

If your photos do not fit this description, they will most likely be considered boring and mundane.

If it so happens that the sky during the photo shoot is uninteresting and monotonous – shift the horizon line to the upper third, so you will not let it prevail over the rest. 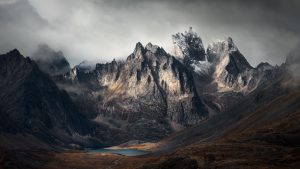 But if it seems that the airspace is about to explode or collapse to the ground with lava flows – give it 2/3 of the frame and you will see how much the plot of what is happening can change.

Lines. There are endless ways to reflect the beauty of nature in full. One of them is the technique of including active lines in the composition. With the help of lines, you can redirect the viewer’s gaze from one semantic point of the photo to another, while creating a kind of closed space.
Lines not only create patterns in the photo, but also add volume. This also applies to the horizon line, beyond which you constantly need an eye and an eye.

Traffic. Many consider landscape shots to be calm and passive. But this is not necessarily the case! You can add life to a photo with the help of water or wind, for example, capture with a SLR camera a riot of the ocean or a flowing waterfall, a breath of wind or falling leaves from a tree, birds taking off or people walking.